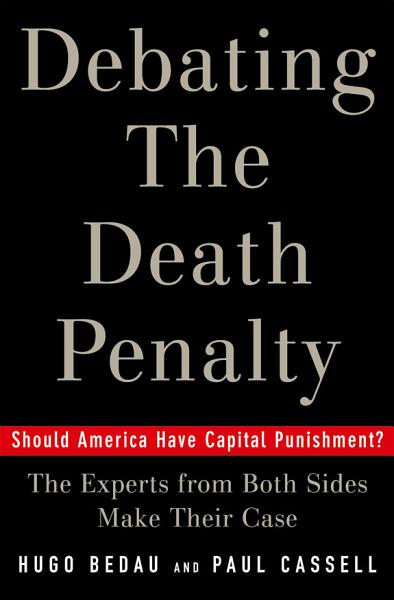 When news breaks that a convicted murderer, released from prison, has killed again, or that an innocent person has escaped the death chamber in light of new DNA evidence, arguments about capital punishment inevitably heat up. Few controversies continue to stir as much emotion as this one, and public confusion is often the result. This volume brings together seven experts--judges, lawyers, prosecutors, and philosophers--to debate the death penalty in a spirit of open inquiry and civil discussion. Here, as the contributors present their reasons for or against capital punishment, the multiple facets of the issue are revealed in clear and thought-provoking detail. Is the death penalty a viable deterrent to future crimes? Does the imposition of lesser penalties, such as life imprisonment, truly serve justice in cases of the worst offences? Does the legal system discriminate against poor or minority defendants? Is the possibility of executing innocent persons sufficient grounds for abolition? In confronting such questions and making their arguments, the contributors marshal an impressive array of evidence, both statistical and from their own experiences working on death penalty cases. The book also includes the text of Governor George Ryan's March 2002 speech in which he explained why he had commuted the sentences of all prisoners on Illinois's death row. By representing the viewpoints of experts who face the vexing questions about capital punishment on a daily basis, Debating the Death Penalty makes a vital contribution to a more nuanced understanding of the moral and legal problems underlying this controversy.