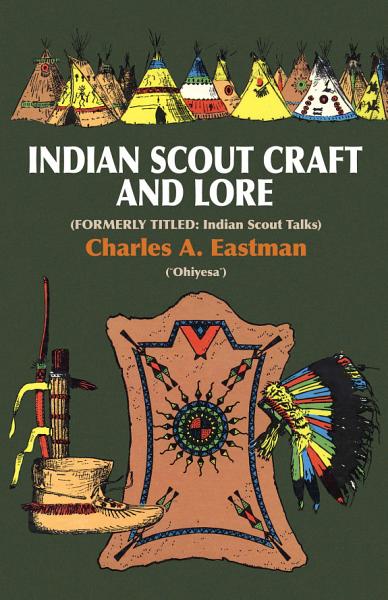 Written by: Charles A. Eastman

The life of the Indian boy — living close to nature, learning the ways of the wild animals, playing games and learning stories that developed the strength of body and spirit — has long been noted for its ability to develop character. In this book Charles Eastman ("Ohiyesa"), a full-blooded Sioux Indian raised as a young warrior in the 1870's and 80's, describes that life — the lessons he learned, games he played, and feelings about life that he developed as he worked to become a young Indian scout.
Among the many areas of craft and lore described are the physical training of young boys, making friends with the wild animals, learning the language of footprints, hunting with slingshot and bow and arrow, trapping and fishing, making canoes, setting up camp, building wigwams and other shelters, making fire without matches and cooking without pots, blazing a trail, using Indian signals, gesture language and picture-writing, reading the signs of nature and storytelling, as well as information on winter and summer sports of the Indian boys, names and ceremonies of Indian boys and Indian girls, and the etiquette of the wigwam. Throughout, not only the practices but the reasons and feelings behind them are described. Twenty seven illustrations show many of the crafts and signs described.
Scouts and others who enjoy camping and learning the lessons of outdoor life will find in this book not only new ideas but a feeling of life as it was lived by young Indian boys and girls nearly a century ago. In learning the lessons described in this book you will make new discoveries — about nature, about outdoor life, and about yourself.