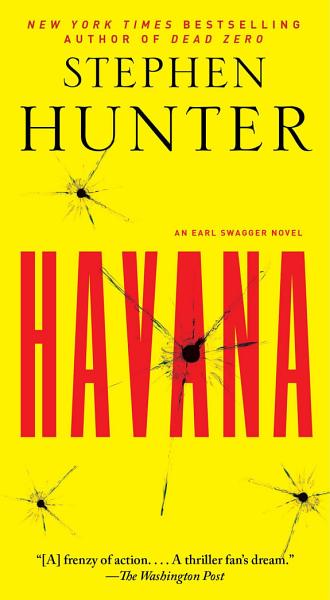 Havana, the sultry spring of 1953: gambling is expensive, sex is cheap, and death is free.
A half-hour by air from Miami, it's the world's hottest -- and most dangerous -- city. From the plush mobster casinos in Centro to the backstreet brothels on Zanja Street, you can get anything you want, for a price. The city is the linchpin of many empires: the Mafia's, the CIA's, numerous American corporations', El Presidente's, and even the vice lords' of Old Havana. It must be protected at all costs.
But now there's a threat. A young lawyer, a kid named Castro, is giving speeches. He speaks of reform, of change, of self-determination. He speaks of...of revolution even.
This danger must be dealt with. So, into the steamy, sunny climate of corruption come two men, both unafraid, both skilled, both tough as ball bearings. They would be friends in a sane world, for they are so similar in their capabilities and experiences. But now they have to be enemies, because the Cold War is at its apogee: one is American, the other Russian.
The American is named Earl Swagger. A Medal of Honor winner on Iwo Jima, a toughened gunman from adventures in Hot Springs and the swamps of Mississippi, Earl has been conned by two young Old Boys of the CIA to become Our Gun in Havana.
The Russian, Speshnev, also a veteran of tough battles (from Spain in '36 to Berlin in '45, with a few stays in the gulag just for seasoning), has a similar assignment: he too is sent by strategic gamesters to pay attention to that same young orator. But his job is protection, not elimination.
Neither man's assignment will be easy. For, like an orchid hot house, Havana's climate grows spectacular specimens: the wise old mobster king Meyer Lansky, who runs the casinos for his nervous New York sponsors; the syndicate hitman Frankie Carbine, Frankie Horsekiller of the famed Times Square massacre; the secret police officer called Ojos Bellos -- Beautiful Eyes -- for his penchant to interrogate at scalpel point; the beautiful Filipina Jean-Marie Augustine, who knows so much; and even those crew-cut, cheery young CIA fellows on the embassy's Third Floor, behind whose baby-blues and tender faces lurk all manner of deviousness. And everybody wants something.
In Havana, Stephen Hunter has produced a truly epic adventure story, shot-through with violence, eroticism, and the pressures of big money and big politics, set in a legendary time and place. His hero, Earl Swagger, fights his enemies, his superiors, and his own temptations and, in the end, has to decide what is worth killing for -- and what is worth dying for. He knows only one thing for certain: that he's a pawn in somebody else's game. But a pawn with a Colt Super .38 in his shoulder holster and the skill and will to use it fast and well is a formidable man, indeed.