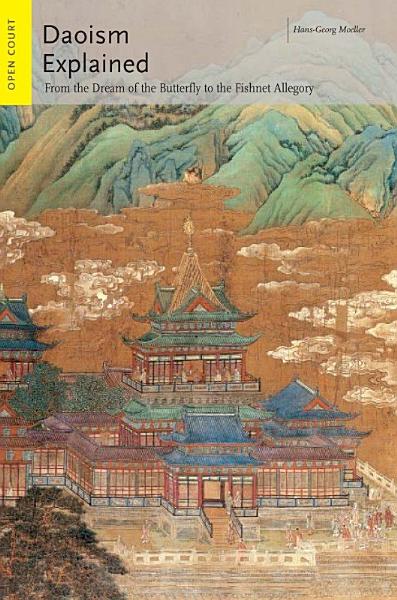 Hans-Georg Moeller has achieved the perfect blend with At the Center of the Circle: it is both a fascinating introduction to Daoist thought as well as an original and insightful contribution to Eastern philosophy. This book will take the place of The Tao of Pooh by Hoff. Like that book, At the Center of the Circle offers a comprehensive presentation of Daoist philosophy that is interesting and easy to follow. Two ways the present book differs from the earlier classic are (1) this one has a more rigorous philosophical grounding so teachers will not hesitate to use it in classes and (2) it takes into account the research and discoveries in the decades following the release of the Pooh book. It is written for a general readership interested in Asian thought and religions as well as for specialists in the field of comparative and Chinese philosophy.
This work is unique in its focus because it offers a coherent interpretation of the general tenets of Daoist philosophy on the basis of the imagery employed in various Daoist texts and by explaining how those texts and images connect to each other and how they were actually understood by ancient Chinese philosophers. The study sheds new light on many important Daoist allegories by showing how modern translations often concealed the original wit and humor of the Chinese original, or imposed alien philosophical frameworks on them. It attempts to take away the metaphysical and Christian disguises with which Daoist philosophy has been obscured by Western interpretations in the past one hundred years. By explaining the differences between Daoism and traditional Western modes of thought, it also shows how Daoism might contribute to the present-day endeavor of overcoming of the latter.
The study begins with an introductory section providing basic information on the texts of classical Daoism (Laozi, Zhuangzi), the history of Daoism, its political and religious dimensions, and the meaning of the term Dao. The first chapter of the book analyzes—often from a new perspective—Daoist images (such as water, the root, femininity) and allegories (such as the famous “Dream of the Butterfly” and the “Fishnet Allegory”) and explains their philosophical significance. The second chapter, referring to those images and allegories, outlines several philosophical concepts of Daoism including life and death, nature, art, ethics, and the body. The third chapter offers a more abstract interpretation of specific structural features of Daoist philosophy by putting emphasis on one core structure: the circle and its empty center (this is, obviously, what the title of the book refers to) and compares, or rather contrasts, it with Western (especially Christian) thought. The fourth chapter discusses the relation between Daoism and Zen (or: Chan) Buddhism and concludes with an outlook on the relevance of Daoism for contemporary philosophy.