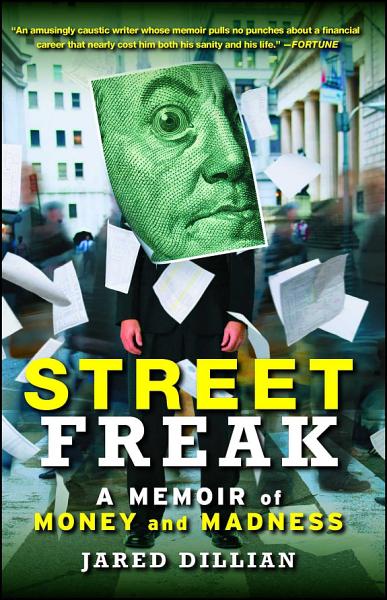 Like Michael Lewis’s classic Liar’s Poker, Jared Dillian’s Street Freak takes us behind the scenes of the legendary Lehman Brothers, exposing its outrageous and often hilarious corporate culture and offering a “candid look at the demise of a corporate behemoth” (Publishers Weekly).

In the ultracompetitive Ivy League world of Wall Street, Jared Dillian was an outsider as an ex-military, working-class guy in a Men’s Wearhouse suit. But he was scrappy and determined; in interviews he told potential managers that “Nobody can work harder than me. Nobody is willing to put in the hours I will put in. I am insane.” As it turned out, at Lehman Brothers insanity was not an undesirable quality.

Dillian rose from green associate, checking IDs at the entrance to the trading floor in the paranoid days following 9/11, to become an integral part of Lehman’s culture in its final years as the firm’s head Exchange-Traded Fund (ETF) trader. More than $1 trillion in wealth passed through his hands, yet the extreme highs and lows of the trading floor masked and exacerbated the symptoms of Dillian’s undiagnosed bipolar and obsessive-compulsive disorders, leading to a downward spiral that nearly ended his life.

In his electrifying and fresh voice, Dillian takes readers on a wild ride through madness and back.