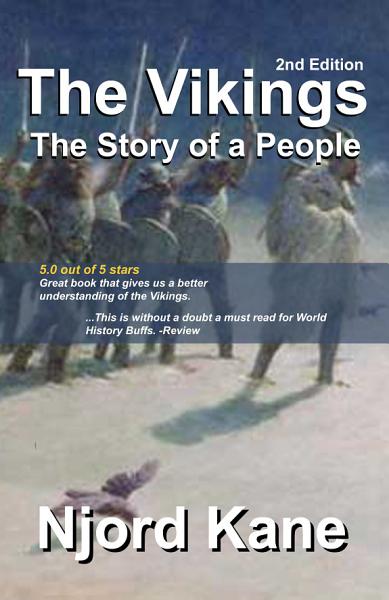 The story of the Norse is a Viking adventure in history.

The Norse saga began with the first ancient tribes of Norsemen during the Early Nordic Stone Age. The beginning of the Nordic Ax Culture when primitive Norsemen created their first battle axes from stone. The evolution of an innovative and progressive culture that groomed legendary warriors whose voices still roar out today.

Take a journey into the Age of Viking Expansion where Ragnar Lothbrok, Rollo, Erik the Red, and many other famous Vikings take you on a ride into the very Halls of Valhalla.

Very interesting and worth the read to anyone interested in the Vikings or Norse history.

Explore knowledge and technology specific to a culture that was shaped by a people able to reach great distances beyond their homelands and seas. A battle ferocious people with shields, armor, and weaponry that was unmatched by their opponents.

A whole new world of understanding about the ancient vikings has been opened up by new archaeological discoveries and studies. New findings that lead to new questions.

Could some of the mythological tales about giants in the Norse Sagas have had some truth behind them? Researchers have found proof of giants and humans interacting together in our own DNA!
There are also many shared technologies between the Ancient Norse, Asians, the Inuit and other North American aborigines. Viking explorers have long interacted and traded with many people and cultures afar. Were ancient Norse already in contact with early Native Americans? Were these the people they referred to as "Skraelings?" Were they Proto-Inuits known by the ancients as Thule People?

See for yourself with new information about the Norse that was once lost in time.